How a Bill becomes law

You will need to follow the links and prompts below to research information about the different steps a bill goes through, and based upon your findings answer the questions in the Google form located in Classroom. 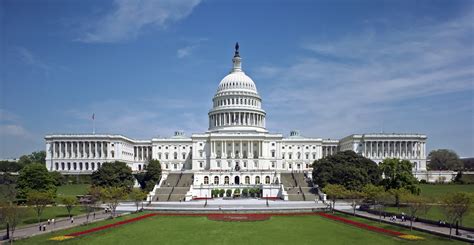 Anyone may draft a bill; however, only members of Congress can introduce legislation, and by doing so become the sponsor(s). There are four basic types of legislation: bills, joint resolutions, concurrent resolutions, and simple resolutions. The official legislative process begins when a bill or resolution is numbered – H.R. signifies a House bill and S. a Senate bill – referred to a committee and printed by the Government Printing Office.
2. Referral to Committee

​In most cases a bill that is introduced in Congress is referred to a committee, which may send it to a subcommittee for consideration.  A bill rarely reaches the full House or Senate floor without committee approval.

The House and the Senate each have their own separate standing committees to consider proposed legislation.  However, sometimes it is more efficient to have members of the House and Senate consider issues together.  When this happens, Congress forms a joint committee.  Joint committees often study broad policy issues such as economics and taxes.

In the House of Representatives, bills are referred to committee by the Speaker of the House.  In the Senate, the presiding officer is the one who refers the bill to the appropriate committee.  Most referrals for bills are routine.  However, in cases where the referral is not straightforward, the referral power gives the majority party a powerful tool in controlling legislation as many committees have predetermined positions on certain issues.  For example, a bill dealing with the control and regulation of pesticides can be sent to either the agricultural committee or the environmental committee.  The environmental committee will try to strengthen the bill, while the agricultural committee would try to limit or weaken it.  Thus, the bills passage can heavily depend upon which committee it is sent to.  Drafters of legislation know this and will often try to write bills in ways that will encourage their bill to be referred to committees most likely to favor its passage.
Congressional Committees
3. Hearings

Many bills have committee or subcommittee hearings, which usually are open to the public.  Supporters and opponents of a bill will testify at these hearings in an attempt to sway the committee members to their point of view.  Hearings also serve as a way for committee members to learn information that is relevant to the bill.  Testimony can come from the bill's sponsors, federal and public officials, representatives of special interest groups, and ordinary citizens who are affected by the problem the bill addresses. Committee chairs often use hearings and the accompanying media coverage to build support for, or increase opposition to, a bill.
4. Markups

After a bill has gone through committee hearings, the next step it must pass through is the markup process.  During markup a bills exact phrasing is decided, line by line.  Markups can be crucial as they will determine what specific features a bill will have.  For example, if a bill was being considered to give every student in high school a laptop for school work, markups would decide if students needed to maintain a certain GPA to keep their laptop, who would pay for the laptop in the beginning, and who would pay for it if it broke. Markups are very detail oriented and can take a lot of time!
5. Floor Consideration

A Congressional Conference Committee is composed of members of the House of Representatives and the Senate, and it is charged with resolving disagreements on a specific piece of legislation. A  committee is usually comprised of senior Members of the standing committees of each House that originally considered the legislation.
Conference Committee Process
7. Presidential Action