Beginning on July 28, 1915, over three hundred United States Marines were ordered to invade Port-au-Prince, Haiti following a coup and the lynching of President Jean Vilbrun Guillaume Sam. This action by President Woodrow Wilson would begin the 19-year-long occupation of the small island nation of Haiti, which had been independent for over 100 years.
In 1918, a new constitution was approved by the Haitian people after President Dartiguenave dissolved the legislative body. The constitution was drafted by Assistant Secretary of the Navy, Franklin Delano Roosevelt, and while it was a fairly liberal document, it did allow for foreign land ownership, something that had been made illegal by the first leader of Haiti following the revolution, Jean-Jacques Dessalines.
Following the end of WWI, the United States continued to occupy Haiti despite President Wilson's support of self-determination and sovereignty.
In 1922, Louis Borno was elected as the next president of Haiti, and General John Russell, Jr. was appointed as High Commissioner. The Borno-Russell Government built 1000 miles of road, established a telephone exchange, modernized port facilities, and improved public health facilities. But it was also under Commissioner Russell that many of the abuses against the Haitian people occurred. He was charged with 10 counts of unconstitutional and illegal conduct by the Haiti-Santo Domingo Independence Society for use of military force in enforcing the Constitution of 1918, which allowed for foreigners to have the same rights as Haitians in the courts, for foreigners to own land, and for all acts under the occupation to be ratified and legalized, therefore making it impossible for Haitians to bring charges for crimes committed by Marines.
​
There was substantial backlash from the American people and government officials against the Select Senate Committee's final report due to its findings that the claims of torture and abuse of power against the United States were unsubstantiated. 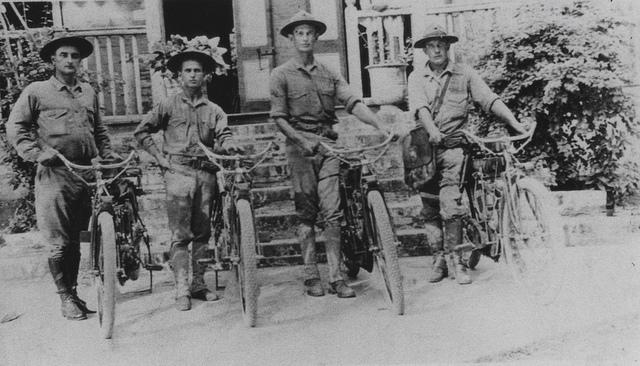 Marines during the U.S. the occupation of Haiti, which began a century ago in July 1915. (USMC Archives / Creative Commons)
Controversies surrounding the occupation of Haiti continued throughout the 1920s, and in 1929, President Herbert Hoover appointed W. Cameron Forbes as the head of a commission to investigate the internal affairs and conditions in Haiti. The commission found that many of the criticisms and claims against the occupation in 1920 were true, and it recommended that Hoover begin a nine-step plan to pull out of Haiti. In 1933, President Franklin D. Roosevelt adopted the "Good Neighbor" policy and stated that "The definite policy of the United States from now on is one opposed to armed intervention." U.S. Marines withdrew from Haiti in 1934, and the treaty over customs houses expired May 3, 1936. ​
Life under U.S. Occupation

The U.S. occupation under the Wilson Administration was marked by miscommunication, lack of direction, and hostility. The management of the intervention was pushed to the side with the entrance of the U.S. into World War I, and this negligence led to inquiries and investigations, as well as the riots of 1918-19.

Following the 1922 Senate Inquiry into Haiti and Santo Domingo, a massive reorganization effort was undertaken to eliminate the initial failures of the occupation. Unfortunately, these efforts did nothing to combat racism, put an end to American elitism, or address the concerns of Haitians. The continued mismanagement of the occupation eventually led to strikes and riots in 1929. These protests marked the turning point for seriously setting in motion plans for American withdrawal. American forces officially withdrew from Haiti August 15, 1934.
Based on an article written by Ashley Botkin, Woodrow Wilson Presidential Library & Museum
mikemcguig@gmail.com